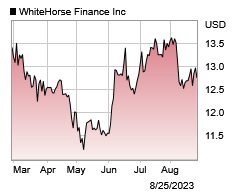 Mr. Smith is a Director, Chairman of the Company’s Compensation Committee, and a member of the Audit Committee and the Nominating and Corporate Governance Committee. He currently serves on the board of directors of Independent Bank Group, a bank holding company, to which he was elected in February 2013. Mr. Smith co-founded in February 2012 and remains a partner of Trinity Investment Group, a firm which invests in private equity transactions, public equity securities and other assets.  Since 2012, he has also served as a partner of SCW Capital, LP, a private equity hedge fund focused on the financial and energy sectors.  In 1997, Mr. Smith co-founded Walker Smith Capital, a Dallas-based small- and mid-cap equity hedge fund, where he was a partner and served as a portfolio manager until December 2013.  Mr. Smith serves on the board of directors of the Cotton Bowl.

Mr. Smith received a Bachelor of Business Administration in Finance and Accounting from the University of Texas at Austin in 1990.